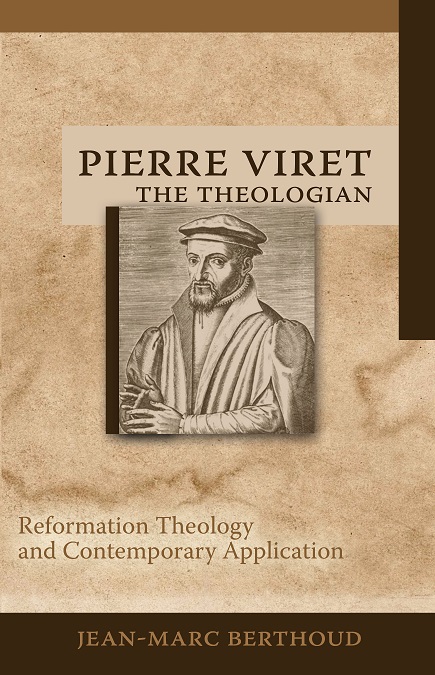 Translated by R. A. Sheats.

Writing with clarity and precision, within Pierre Viret the Theologian author Jean-Marc Berthoud examines the life and theology of this forgotten giant of the Reformation. Addressing both Viret’s writing and its theological and philosophical implications, he provides poignantly relevant applications to the contemporary moral battles of our own day.

Within these pages Berthoud analyzes Pierre Viret’s thought on how man attains a true knowledge of God as well as how the world and history are to be viewed through this knowledge. Drawing on a work written by Douglas Kelly, Berthoud then discusses Viret’s teaching on the image of God in man. He also examines the Swiss Reformer’s understanding of the jurisdictional bounds between Church and State, the definition and use of natural law, and the application of God’s Law to society. He also insightfully compares Pierre Viret and his fellow-Reformer John Calvin, noting the similarities and differences between the two men and highlighting the distinct yet complementary aspects of their thought and writings.

Author Jean-Marc Berthoud was born in 1939 in South Africa and currently resides in Lausanne, Switzerland. He is a Christian apologist, historian, philosopher, theologian, and author of many books and numerous articles. He studied history at Johannesburg, the Sorbonne, and the University of London. Jean-Marc is married to Rose-Marie, and they are the parents of five children and grandparents of eleven grandchildren.

Pierre Viret and the Knowledge of God

Understanding the Created World and History

Man as the Image of God according to Pierre Viret: A Reading by Douglas Kelly

Natural Law Applied: the Diversity of Laws and the Modern Abuse of Natural Law

A Call to Return to the Divinely-created Natural Order

Viret and the Application of God’s Law to Society

Appendix One: Pierre Viret, herald of conceptual realism in science: the physical, biological, theological, and moral science of a universe created, ordered, and sustained by God

Appendix Two: The True Issue of the Debate between Science and Faith